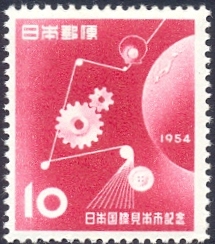 By all accounts, the Osaka International Trade Fair of 1954 was a resounding success.

Featured among many “Made in Japan” products are items shown on this stamp: thread, pearls, gears, and buttons, with the globe at the right of the image. Gives one pause to reflect that these items were major Japanese exports 9 years after the devastation of World War II.

Soon to emerge would be the economic powerhouse whose electronics, automobiles, and industrial machines, including robots, would capture, and captivate, world markets.

Answer to What in the World #2 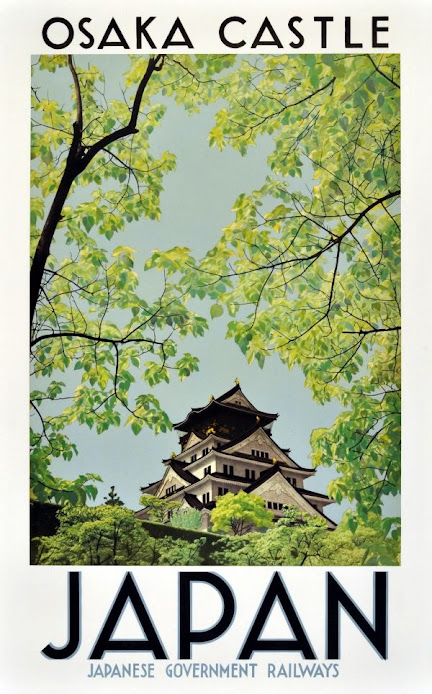