It seems Dr. Faustus has gone about dabbling in the dark arts and things have gotten out of hand. The notorious Wittenberg professor summoned Helena of Troy only to find that she has fled to regions unknown. Now he has called in his “almost perfect” former student, the cerebral and melancholic Prince Amleth of Denmark, to find and return his beloved.

When Prince Amleth protests that he is no heroic adventurer, Faustus promptly summons four famed warriors from the Netherworld to assist him- King Sigurd of the Volsungs, Sir Parzifal the “former” Grail King, Tristan of Lyonesse and his wife, Lady Iseult of the White hands—promising each of them “their heart’s desire” if they help Prince Amleth in his quest.

Together, they form a Faustian Band and set off on a grand adventure that spans the globe, across Europe to the Middle East to fabled Cathay.

As the Band pursues the elusive Helena, they encounter memorable and devious characters. Kundrie la Sorciere, bane and benefactor of Sir Parzifal, imprisons and blackmails them. The irrepressible Mullah Nasrudin of Mosul, who wears many hats and names to go with them, keeps popping up to alternately help and hinder the travelers. The Tibetan wizard Prester John, has a special surprise for his uncle Parzifal at the Monastery of the Hanged Man. Beset by many adversaries, Amleth and his Faustian Band fend off Hadean assassins, Mongol warriors, and vengeful Valkyries. Internal rivalries threaten their enterprise too, due, in no small part, to the machinations of their own sponsor, the inscrutable Dr. Faustus.

A vivid and imaginative retelling of the Faust, Hamlet, and Helen of Troy legends, The Eighth Immortal deftly weaves the historical and the fantastical into a unique and compelling mystery told with humor and heart.

The Eighth  Immortal: The Hunt for Helen of Troy by Prince Amleth the Dane and His Faustian Band 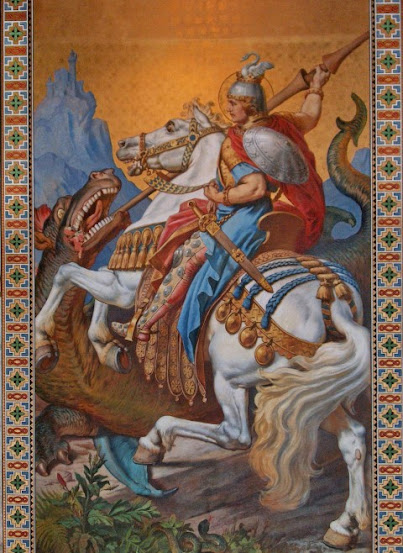