Laika was a stray female dog picked by scientists in the USSR space program to be the first living animal to orbit Planet Earth. While Sputnik 1 wowed the world in 1957 by being the first spacecraft to achieve earth orbit, Sputnik 2 created further astonishment a year later when it was revealed that it carried a live animal.

Unfortunately for Laika, she did not survive long in space and died of overheating a few hours after launch. She was later honored by the USSR as a space pioneer and many Soviet-era postage stamps picture the ill-fated space-faring dog. Laika's breed, you may wonder? Mongrel-- but likely part husky and part terrier. 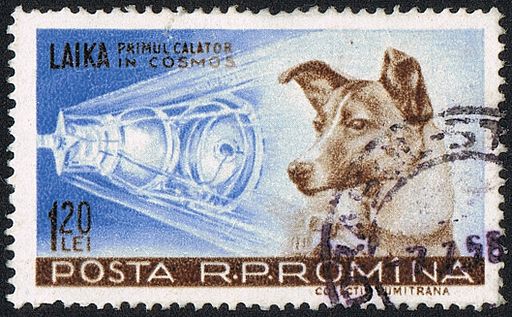