ANSWER:  The eagle clutching a swastika identified this stamp as an issue of  Nazi Germany, although in this case a stamp issued by the Nazi administration of conquered Poland.

After Hitler turned on his former ally Stalin and invaded Russia in 1941, the new Polish territory gained was consolidated and stamps were issued which read "Deutsches Reich General Gouvernement" and then, after 1943, "Gross Deutches Reich", meaning  "The Greater German Reich." The General Government area, taking up much of Western Poland became a kind of Waste Land for Third Reich undesirables, particularly for non-German Poles who had been forcibly removed from their homes and farms in Silesia to make way for German-speaking Poles. The 40 groszy shown here (N66) depicts the colonnade of the Cloth Hall in Cracow. 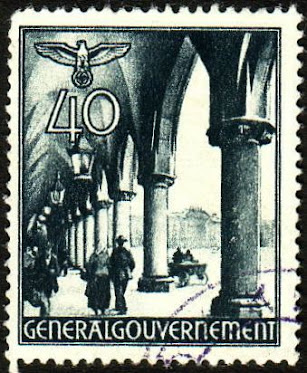 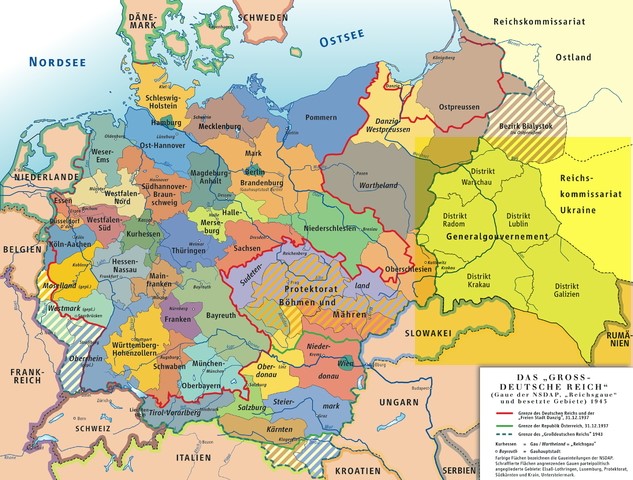 Below: The "Greater German Reich" in 1943 with the General Gouvernment

in Poland highlighted at the bottom.