“Beloved Pan and all the gods who here reside:

Help me to be beautiful in the inner man,

And may all I have of outer things be at peace with those within.

Let me call him rich who is loving and wise,

And may my wealth be no more than what the good can bear.”

One of the charges leveled against Socrates at his trial was that he was impious and taught impiety to his students, a charge he masterfully refuted.

Some years ago I was in Athens and found in the Athens National Museum a charming grotto of statuary and plants dedicated to the great philosopher.

On a stand in the grotto was a prayer attributed to Socrates in honor of Pan, the god of nature. Was Socrates an atheist? A pantheist is more likely. Why does Socrates pray to Pan? One answer is that Pan, like the philosopher, is disturber of the peace, hence "panic", but another reason is subtly ironic. According to Robert Graves' Greek Myths: "[Pan] is said to to have been so ugly at birth, with horns, beard, tail, and goat-legs, that his mother ran way from hin in fear . . . ." The line about the beauty of the "inner man" is then poignantly ironic too because the philosopher, so say his contemporaries, had the face of a goat.

I copied down the lines and they have served as one of my guides ever since. The original third line reads “Let me call him rich who is wise.” I have altered this line because wisdom alone is forlorn. When informed by love it can effect powerful life changes . . . . 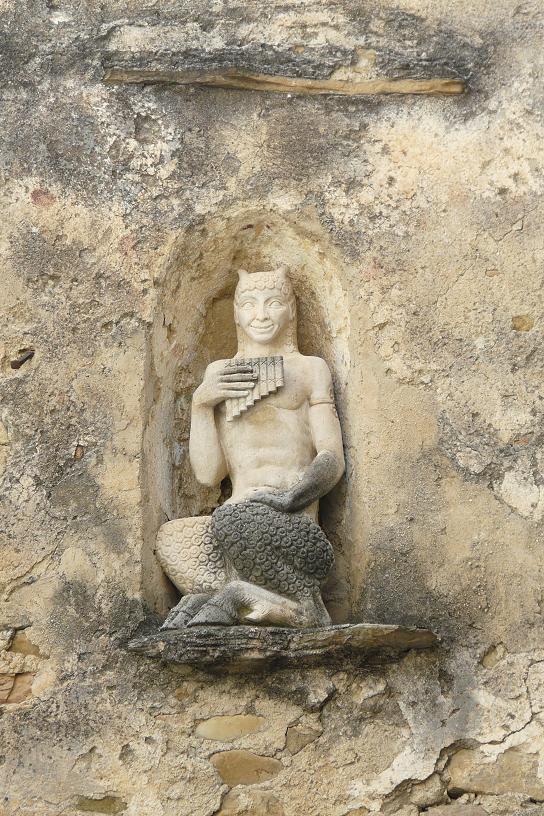