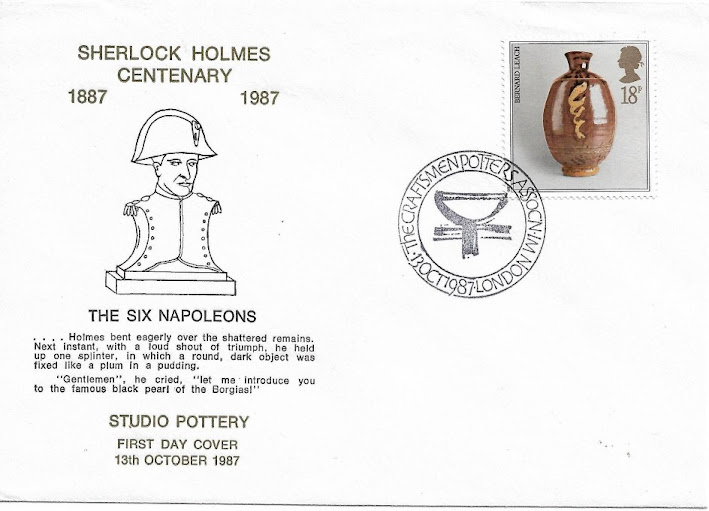 Here's an intriguing FDC (First Day Cover) bearing the logo cancellation of The Craftsmen Potters Association of London. It was issued to celebrate the centennial of the world's greatest consulting detective appearing in print for the first time.

If you'll recall Conan Doyle's "The Adventure of the Six Napoleons" the plot involves a case brought to the attention of Sherlock Holmes by Inspector Lestrade. Several London homes have been burgled and inexpensive clay busts of the French emperor have been wantonly destroyed.  Lestrade suspects that these random acts are the work of a madman.   As the excerpt on the FDC reveals, the seemingly random acts are the work of a crafty Italian thief named Beppo  for one of the busts contains  the priceless "black pearl of the Borgias."

The stamp featured on the FDC is a ceramic vase by the famed "Father of English Studio   Pottery", Bernard Leach, whose birth centenary was also celebrated in 1987.