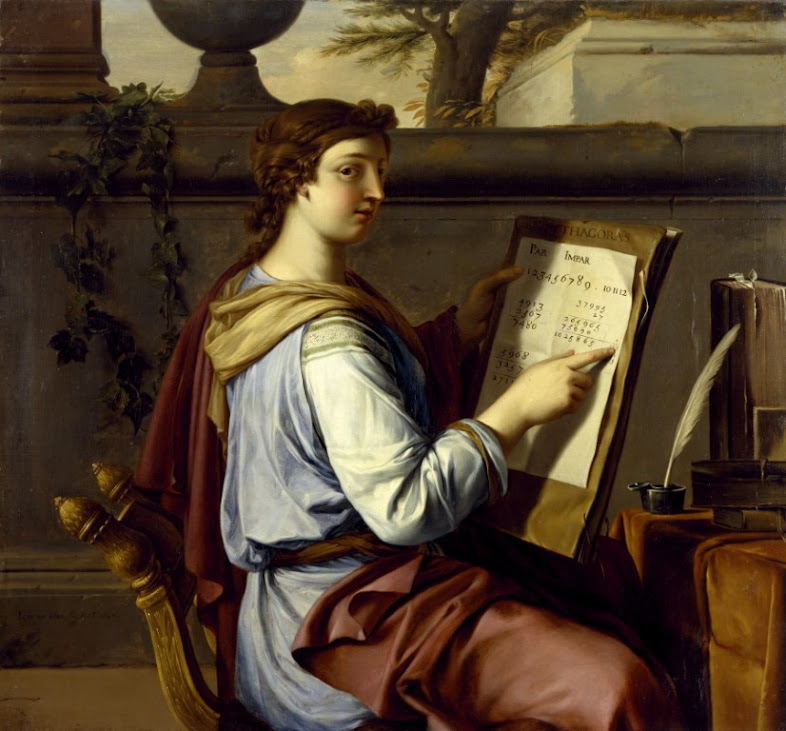 It's clear that La Hyre has woven into his allegory these visual motifs found in Iconologia, but, while Ripa hints at the Pythagorean connection between music and math, the painter makes it explicit. At the top of the portfolio held by La Hyre's curious student and partly hidden in shadow is "PYTHAGORAS" writ large.

Why is our attention drawn to the Greek philosopher in La Hyre's allegory?

The answer may lie, at least partly, in Pythagorean doctrine, much of which lies shrouded in legend and conjecture for no work of the philosopher survives and accounts of his beliefs and discoveries are, for the most part, recorded by subsequent thinkers who often disagreed with or misunderstood Pythagoras' system of thought.

Pythagoras was much traveled before he founded his school of illumination, the Semicircle of Pythagoras, in Crotona in the south of Italy in the 6th century B.C. Pythagoras held that revelation,likely obtained from his involvement with Orphic and Osirian mystery cults, had led him to the conclusion that music, mathematics, and astronomy were the cornerstones of all knowledge. Above all, number provided the sacred key to understanding the harmonious alignments and attunements of these three subjects.

The Allegory of Arithmetic 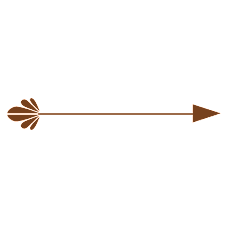