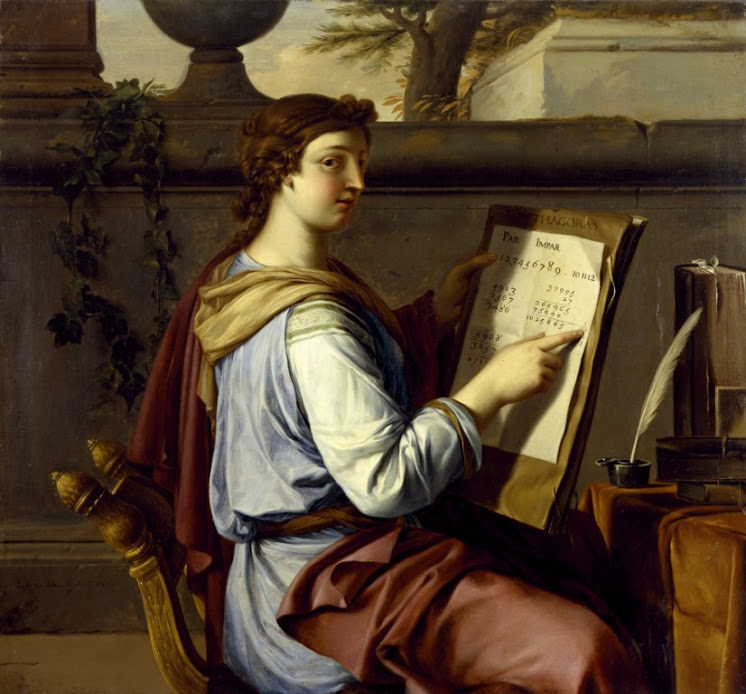 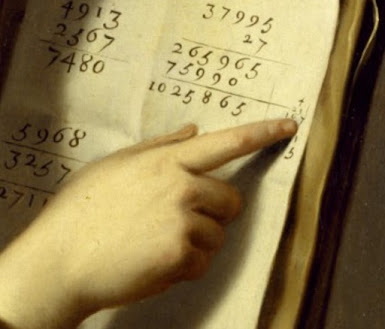 While La Hyre's painting does not depict the formula on the numerical table held by the student, there are several clues in the painting that point to a hidden message concerning the famous and controversial theorem.

Two clues are provided by the student herself. Her singular knowing gaze seems to be inviting the viewer to share in a secret. The secret has to do with the a portion of the table she points to and partially conceals.

As can be seen in this detail from the painting, the student seems to be revealing part of a three digit number.

That number appears to be 197.

La Hyre's student appears to be sharing a secret with us, one that has to do with the number she partially reveals. 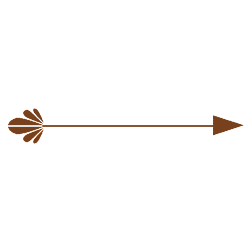