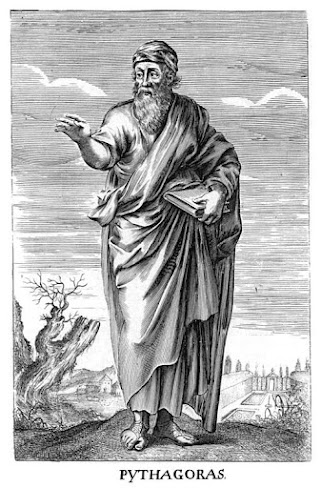 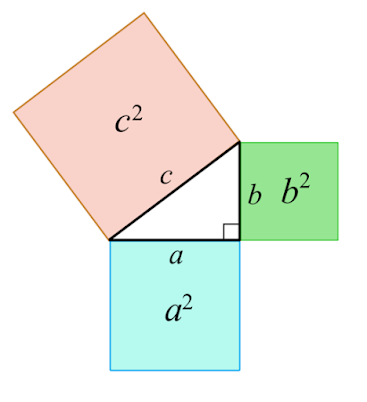 This was a bold doctrine for it merged a mystical view of the universe gained through revelation with a rational methodology for understanding the path that led to the Creator and the secret to immortality.

It seems the rational methodology was undone by the discovery of "irrational" numbers, most famously in the "Pythagorean Theorem". Expressed as a^2 + b^2 = c^2 where c is the hypotenuse of a right triangle, the result c^2 produces an infinite number of decimals or fractions, an irrational number that cannot be expressed in a rational whole number or integer.

This might seem an insignificant difference but to the Pythagoreans it was world-shattering as the very notion of irrational numbers threatened their view of a harmonious creation. Legend has it that Pythagoras's brotherhood was sworn to secrecy on the subject. It seems not everyone in the circle agreed with this decision for the secret was soon leaked, a violation of trust that resulted in the traitor's expulsion and possible assassination. Not long after, an angry mob torched Pythagoras' school, a conflagration that, according to some sources, may have consumed Pythagoras himself.

Profoundly inflenced by the Orphic and Egyptian mystery cults, Pythagoras opened his school, the Semicircle of Pythagoras, about 500BC in southern Italy.

A simplified illustration showing the Pythagorean Theorem-- a discovery that may well have led to the philosopher's death and the dissolution of his famous school. 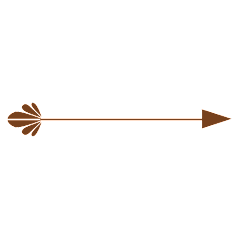