How Picasso’s Dove Flew to China

The first stamp, produced in 1950, depicts a meek, vulnerable, and stationary creature. According to an article by Ina Cole appearing in the online Art Times Journal, our image is not that of a dove at all but a pigeon presented to the artist by his confrere Henri Matisse.* The original image, a finely-executed lithograph, was adopted as the emblem for the First International Conference of the Defenders of World Peace in 1949 held in Paris. Picasso’s bird, lowly pigeon though it was, was a proclaimed a dove of peace by the world and was reproduced countless times, even migrating to far off China where it ended up adorning our stamp from Northeast China. 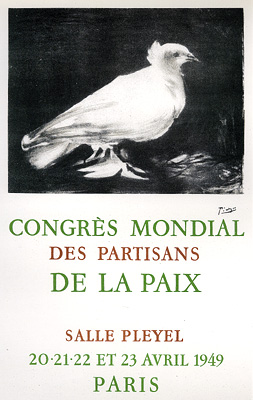 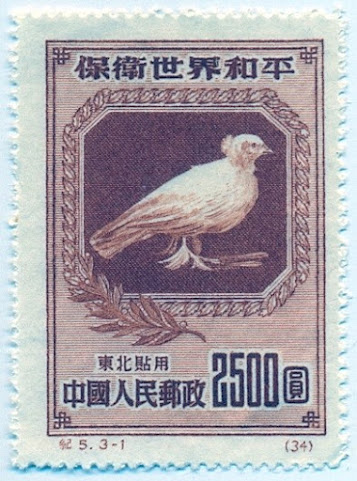 It seems this pigeon has been masquerading as a dove.

The inspiration for the Picasso dove stamp shown on the left is this poster from the First International Congress of World Peace held in 1949.