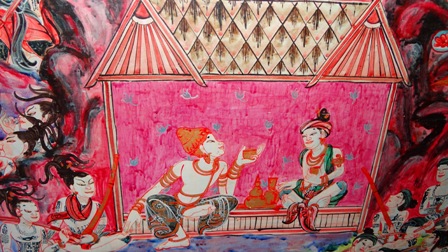 Frederick Highland is pleased to announce the completion of Lord of the North, A Thai King's Tale.

Although little known outside of Thailand, King Mengrai, known reverently as Phaya Mengrai in Thailand’s north, was one of Southeast Asia’s greatest leaders.

Coming to the throne in 1259, King Mengrai founded, through conquest and diplomacy, the Kingdom of Lanna, which eventually encompassed most of northern Thailand, from Chiang Saen, the ancient royal seat on the Mekong River, to the Mon kingdom of Lamphun in the south. His capital of Chiang Mai remains to this day one of Thailand’s most vibrant cities.

His reign lasted 58 years and when he died he left an enduring legacy and a royal line that ruled for three centuries. Yet for all the high heroism and tragedy of his reign, King Mengrai remains something of an historical enigma.

Drawing on historical sources and a brilliant series of paintings depicting the saga of the king, some of which are shown here, Frederick Highland has created a vivid canvas that captures the tumultuous life and times of a remarkable Thai ruler.

Lord of the North

A Novel of King Mengrai of the Lanna Thai

A series of extraordinary oil paintings depicting the life and times of King Mengrai directly inspired Lord of the North. The original artworks, composed by an unknown Burmese artist, are currently housed at the temple Wat Chedi Ngam in Fang, Thailand.

They may be seen online at www.photodharma.net, a wonderful website devoted to Buddhist art in Asia. 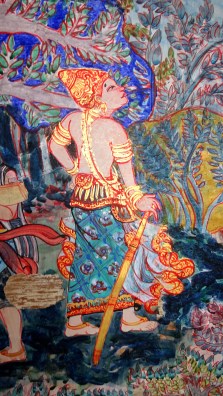 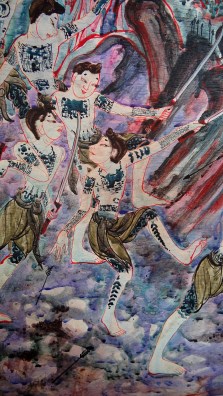