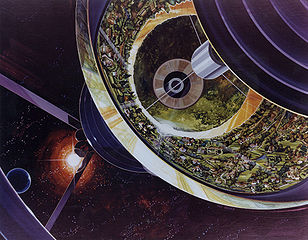 A taut, suspenseful mystery, Level One features a government security agent, Julian Alder, who finds that his wife of ten years, Norna E.K. Lim, a famous composer suffering from a strange malady, has gone missing and left no trace.

Until her body turns up in an industrial space station, hanging in an abattoir cooler.

As Julian begins to unravel the mystery of his wife's apparent murder, he finds that Norna may have had reasons of her own for disappearing. When he becomes a suspect, Julian decides to break from Security Branch scrutiny and go underground to find out the truth.

In Julian's world, that means traveling to Level One or “L-1” the first and oldest ring of five hundred space colonies that occupy strategic points in the solar system. Far from the centers of power and wealth that ring the planets Jupiter and Saturn, L-1 is a hotbed of discontent. Many disgruntled colonists support violent factions vying to overthrow the moribund Union.

Norna's body was recovered on a L-1 colony and the clues to her disappearance and death must be tracked down in the gritty "Milieu" of the level's work stations, shipyards, and seedy entertainment districts.

Inspired by physicist Gerard K. O'Neill's vision of space colonization, the world of Level One, while a dynamic portrait of a potential model for mankind's future, is yet fraught with the human contradictions that make our hopeful ascent into the stars challenged by our destructive longings and fears. 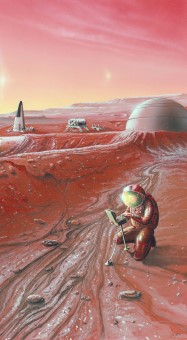 Images on this page courtesy of  NASA