Another presumably historical figure, Han Xiang was said to be the nephew of the famous philosopher Han Yü (AD 768-824). Although his uncle wanted him to follow the path of the statesman, Han Xiang rejected worldly success for spiritual prowess. He claimed to possess many arcane powers including alchemical mastery, the power to slay demons, and to produce endless cups of wine from a magic gourd. He was considered a great seer. He is often shown playing a flute, as on this Thai stamp. 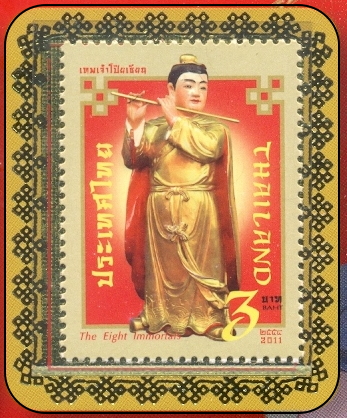