A distinguished member of the Song royal family, Cao Guojiu is often shown dressed in imperial robes and brandishing a script of admission to the royal court. Because his brother was a notorious murderer, Cao Guojiu took the burden of expiation upon himself by abandoning the world and studying the way of the Tao. For his selflessness and his devotion to Taoism, he was invited to join the Perfect Ones, the Eight Immortals. A devotee of the theater, he is the patron of actors.

Back to the Portfolio Page 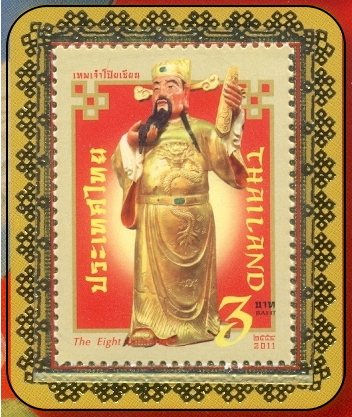