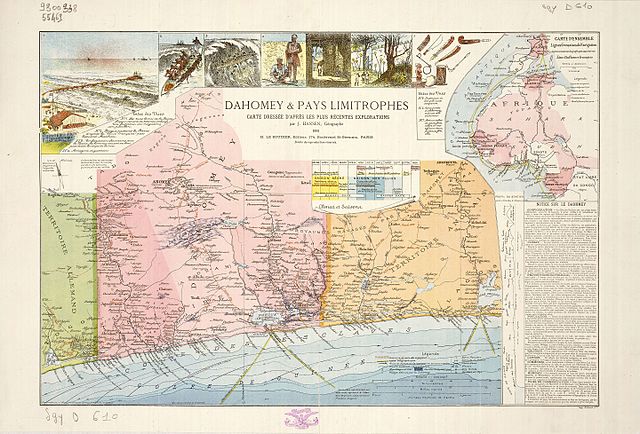 Now why did Dahomey honor a Foujita Madonna in the first place?

This is not a proper mystery as such but it does require a little detective work. Part of the answer lies in the language of the stamp. It is not a native African language but conspicuously French and the denomination is in “francs.” Dahomey, once a powerful West African kingdom, came under French domination at the end of the 19th century, becoming a colony named Benin in 1894. When the colony declared independence in 1958, it reassumed the title of the former kingdom. Subsequently, a communist government took power in 1975 and Dahomey became the People’s Republic of Benin. Now simply the Republic of Benin, the nation continues to designate its currency in francs and French continues as the national language.

Dahomey’s homage to Foujita’s painting (2), can be explained to Foujita’s importance to French popular culture and to the fact that a quarter of Benin’s population are Roman Catholic.

If you have more or different information on this interesting Foujita “Vierge et l’Enfant” please drop me a line at info@frederickhighlanddotnet and I’ll be pleased to update accordingly.

The Curious Case of the Foujita Madonna -4

Figure 6: The French colony of Dahomey in West Africa as it appeared on a colorful 1892 map. Dahomey is wearing pink and surrounding areas show German and English colonial possessions. Dahomey is now the Republic of Benin.