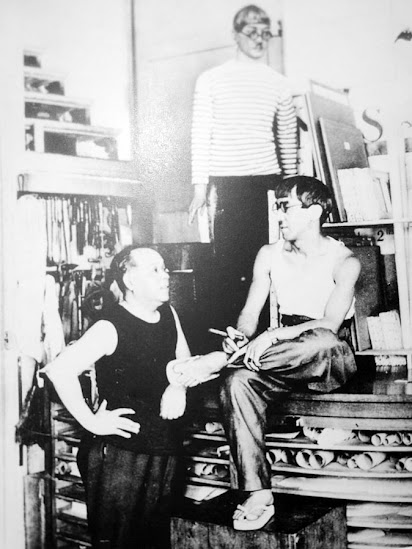 Foujita's atelier in Paris (Figure 3) was a magnet for many artists of the day and he adopted an eccentric and enigmatic persona, one he cultivated throughout his life. An early self-portrait (Figure 2 previous page) shows him as something of a hermaphroditic dandy, wearing earrings and, adapting a languid pose, studying the viewer with an insouciant air. He was a prolific artist and his studies of cats and pearl-skinned nudes paved the way to commercial success. He adroitly danced through different styles, adapting and remixing them as he went along. Writes one scholar: “He went through Realism, Cubism, Primitivism, apparent fusions of Eastern and Western painting practices, colorful and sometimes grotesque expressionism, propaganda paintings for the "Holy" War, and finished in a heady mix of Catholicism, caricature, and fantasy.” (1)

He relocated to South America in 1931, where his fame made him a forerunner of the art superstar. During the Second World War, Foujita’s “Holy” War, he worked in Japan as propagandist for the military regime. Later criticized for being a fascist, he returned to France, became a French citizen, and converted to Catholicism in 1959. It is during this latter period of his career that he produced a number of striking Madonnas, such as the one depicted on our stamp from Dahomey.

A pacifist for most of his life, it is difficult to understand why Foujita put his talent to the service of Japanese fascism and imperialism. Perhaps it can be explained as the gesture of a misguided patriot, perhaps as something darker in his nature. One wonders if his conversion to Catholicism later in life, apparently devout and sincere, was in some sense a penance for his wartime work.

The Curious Case of the Foujita Madonna -2 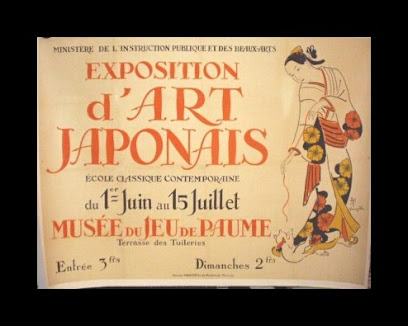 Figure 3: Foujita's atelier circa 1918. His studio attracted many famous artists of the day including Amedeo Modigliani, shown here. Notice the Foujita doppleganger standing in the background.

Figure 4: Asian art, and in particularly the art of the Japan, was all the rage in 1920s Paree. A poster from a art Japonais exhibit of the period.