I mention these different Faustian personae because they tie into my envisioning of Dr. Faustus as he appears in The 8th Immortal.

In my novel, Faustus has not only been dabbling in the arcane but has been driven out of the University of Wittenberg as a suspected heretic. Despite real and    metaphysical dangers, Faustus has experimented with summoning the dead, especially famous characters from history and legend, such as Achilles, Julius Caesar, and most importantly Helen of Troy. In this, I follow Marlowe’s concept-- Faustus falls madly in love with Helen, but from there The 8th Immortal diverges greatly.

Helen, it seems, does not share Faustus’ grand passion and has run off to parts unknown. Beside himself, Faustus calls on his former and “nearly perfect” Wittenberg student, Prince Amleth the Dane, to help him get Helen back.

This is where things start to get complicated.

More on this and other complications when I introduce the character of Prince Amleth in my next article.

Notes on and Sources for this article are on the next page. 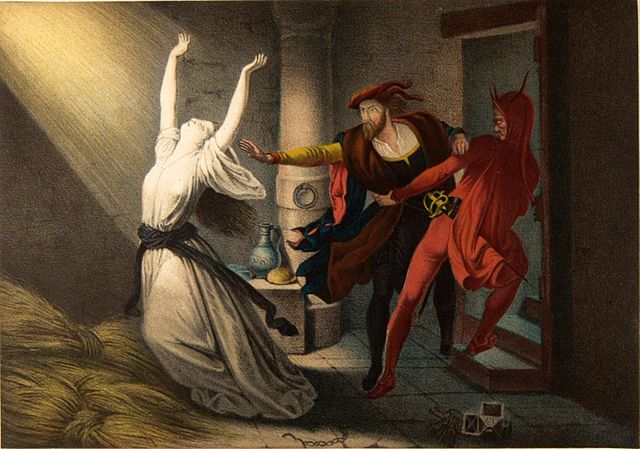