There have been a number of candidates for the role. He was, first, a figure of North German folklore. Tales about a mysterious Faustus, sinner and con artist in league with the devil, were first collected in the German language “Faust Book” and published in English in 1588. The Elizabethan dramatist Christopher Marlowe drew on this source and brought Faustus to the stage in his play The Tragicall History of the Life and Death of Doctor Faustus, first performed in 1589 to great acclaim. Marlowe is the first to identify Faust as a professor of divinity at Wittenberg,as well as a renowned physician and scholar. That’s quite a step up from his folklore persona as vagabond and reprobate.

Interestingly, it was the prolific 18th century writer Daniel Defoe who gave Faust another persona, that as the first “printer’s devil” so to speak. According to Defoe in his fascinating, satiric study of Satan and his minions in The History of the Devil (1727), John or Johan Faust was an apprentice to one Koster of Harlem, “the first inventor of printing,” whose secret productions, sold in France as manuscripts, drew the scrutiny of the learned “Doctors of the Faculty at Paris.” These worthies, like most academics, suspicious and prone to confusion, felt compelled to attribute the identical pages produced by a printing press as the works of Satan himself. Being an accomplice in this deviltry, poor Faust was hauled before an ecclesiastical court and only escaped a heretic’s fate by a false confession. 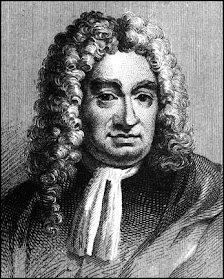 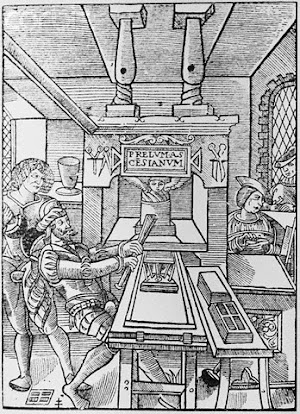 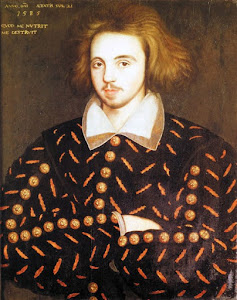 The playright Christopher Marlow was an elusive fellow so this 1585 portrait of a 21 year old man may or may not be him. The motto: Quod me nutrit, me destruit  is apt as Marlowe was something of a hellion.The translation: "That which nourishes me, destroys me."

The title page of Marlowe's famous play, as published in 1620. Faust stands in a magical ring as he summons Mephistopholes prior to making his famous satanic deal, all knowledge in exchange for his immortal soul.

Was Johan Faust the orginal "printer's devil," that is, an apprentice to a printer? 18th century author Daniel Defoe puts forward that very notion is in his curious work, The History of the Devil, published in 1727.

An undated engraving of author Daniel Defoe. He was drawn to occult and alchemical lore and wrote two books on these topics.