After many travels, some legendary, some not, the statue disappeared for awhile only to be discovered in a temple in the Thai city of Chiang Rai in 1434, supposedly revealed after a violent storm removed its outer stucco shell. It remained in northern Thailand    until it was carried by a venerated (and wayward) elephant to several other locations, ending up in Vientiane, Laos. There it stayed until the founder of the present Thai dynasty, King Rama I, brought it back to Thailand and its current home in Bangkok.

The story of the Emerald Buddha is inextricably woven into the fabric of Southeast Asian history, lending legitimacy to the ruling Chakri dynasty and embodying the faith of the Thai people. 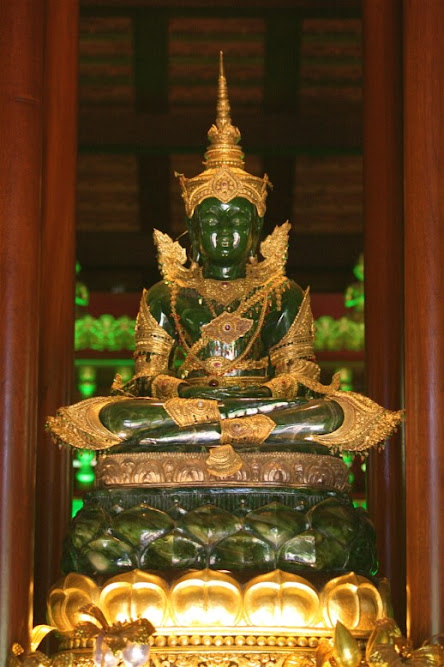 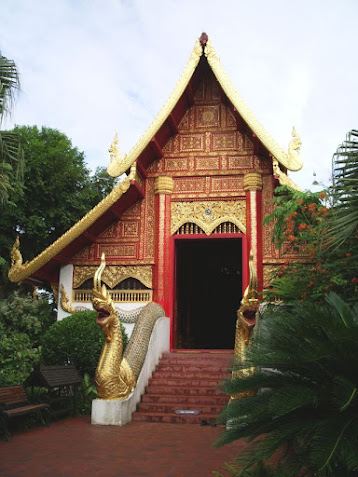 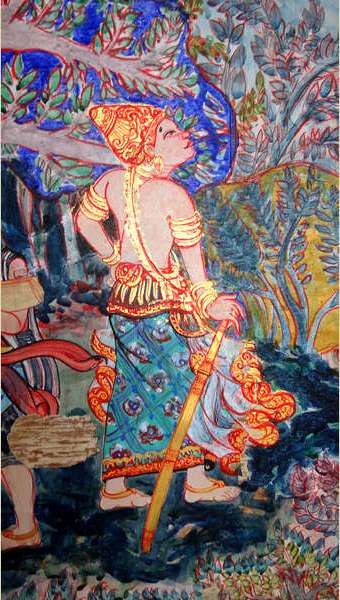 Bearing the same name as the temple that currently houses the Emerald Buddha in Bangkok, this temple in Lan Na (Northern Thailand) was the original Thai home of the statue.

The statue above is not the original Emerald Buddha but a copy that graces Wat Phra Kaew in Chiang Rai.

Venerated in Lan Na as the founder of a great Thai kingdom, King Mengrai is the central character in my new novel LORD OF THE NORTH.