Thailand is a country where legend and history often collide or coincide.

The tale of the fabled Emerald Buddha, now housed in Bangkok in Wat Phra Kaew, is a good example of the coincidence theory for it is nearly impossible to say where myth leaves off and history begins with respect to this sacred relic.

As an object of veneration for centuries, not only in Thailand but in Laos, Cambodia, Vietnam, Burma, and Sri Lanka, the Emerald Buddha speaks to us of a long lineage. Interestingly, the Emerald Buddha resided in all of these countries for a period although its longest stay has been in Thailand, but only in Bangkok since the 18th century.

While some scholars claim that the statue dates only from the 14th century, legend places the origin of the carving in India, perhaps as early as the 1st century BC. According to this version of the tale, a certain Indian holy man, Nagasena, carved the statue with help of the Hindu god Vishnu and the demigod Indra, some five centuries after Siddhartha Buddha achieved Nirvana. 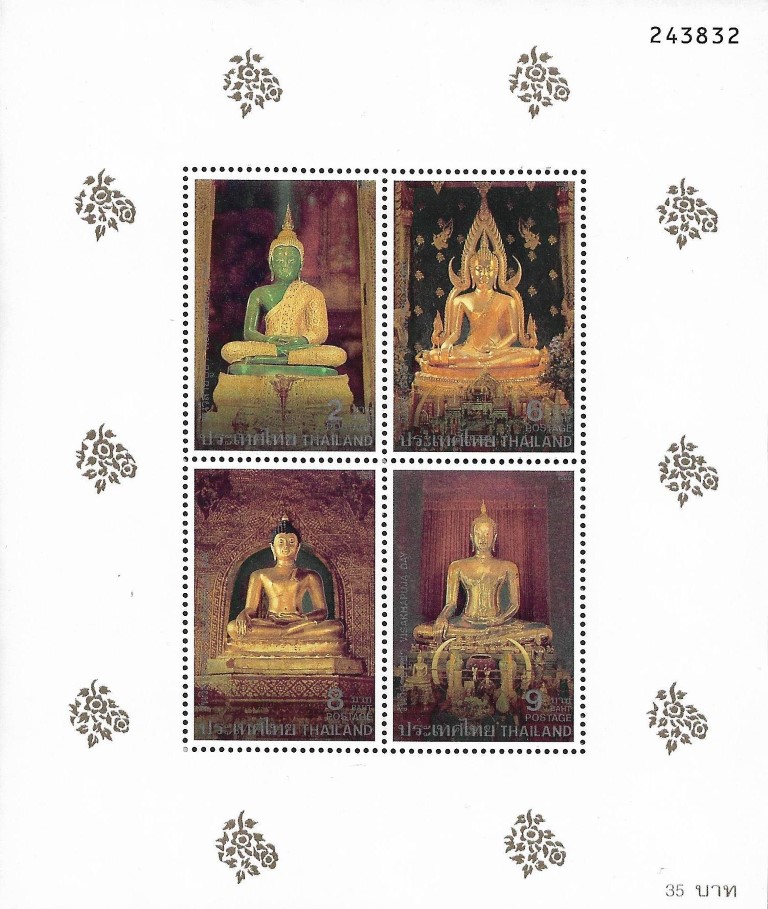 From a 1995 Thai souvenir sheet issued by the Thai postal service in honor of the Visak Puja religious festival. The Emerald Buddha is seen at top left. The other statues can be seen in Phitsunolok, Chiang Mai, and Bangkok respectively.