Setting their packs for full throttle, the two hurtled to the nearest space station. For a moment their view was taken up by the transparent, anti-meteorite shield that covered the station below them. The station was really an immense architectural museum. Crammed into its luxuriant landscape were all the major structural achievements of Terran civilization. Right beneath him, Buzz could trace the meandering of the great wall of China as it led to the pyramid of Cheops at one end, and the Brooklyn Bridge on the other.

"There's Big Ben." Ginger's voice fizzed as she pointed  to the English parliament buildings. A geomorphed river Thames flowed peacefully beside the greystone buildings. Buzz pointed to an airlock directly above the clock tower. Once they were inside the dome, Ginger dialed her transponder for a light bridge. A few seconds later a pulsating, tangerine xeron beam linked the airlock chamber to the spire. Taking each other's hands, the two Cadets slid down the light beam and right into the chamber that held the great time piece. Towering some thirty feet above them, the mechanism clacked and clanged away, a nest of intermeshed iron gears, great and small, a mechanical marvel of the Industrial Age.

A moment later they had shed themselves of their suits and fish bowls. "We had better take a reading, Buzz." Buzz removed a beagle from his fanny pack and set it on the steel floor plate. The twin lights on the tiny engine dashboard blinked on and off, like eyes, now green, now claret, then wheeled out the door. 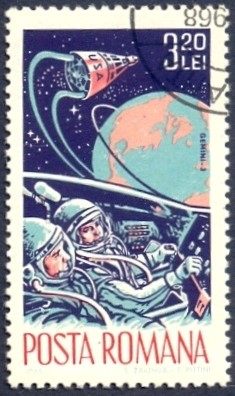