The first panel depicts a Biblical scene, the near-sacrifice of Isaac by his father Abraham, a test of faith orchestrated by the Hebrew god, Yahweh.

The top panel features items associated with Jewish worship, most prominently the Ark of the Covenant.

The central panel, the one shown on the souvenir sheet, is arresting in its imagery, though, for it features, presumably, pagan symbolism. Maidens at each corner (not shown on the sheet) represent the four seasons, and about them wheel the twelve signs of the zodiac, each named in Hebrew script. At the center is the Greek sun god, Apollo, rays of sunlight emanating from his crown as drives his four horse chariot (or quadriga) across the sky and into the night, for the firmament is filled with stars and a quarter moon. 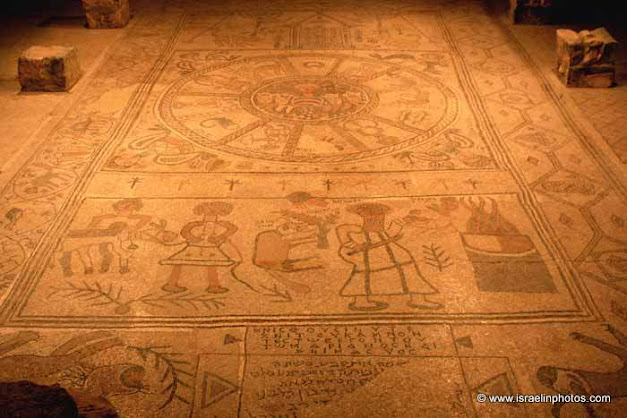